We also give students the opportunity to engage in politics through tours, invited speakers, social events (such as politics in the park/pub and dinner nights), debates and monthly meetings to discuss politics and to educate on the inner workings of the Australian Labor Party and political movements worldwide.

We are a body of activists, politically engaged and politically interested individuals who work collectively with other organisations within the university and external to the university to campaign on issues important to students, workers, the labour movement, social progression, inclusion and equality.

We encourage participation in student elections, student union elections, club executives and any other opportunities that present themselves at the Swinburne University of Technology and its affiliated organisations 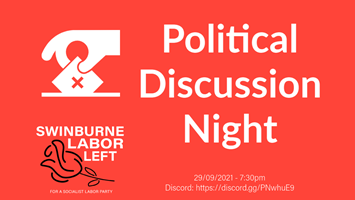 Join us for an online political discussion night, all viewpoints welcome! 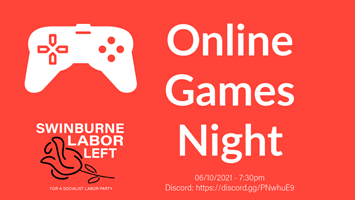