A Day of Victory Across the Board for the Razorbacks 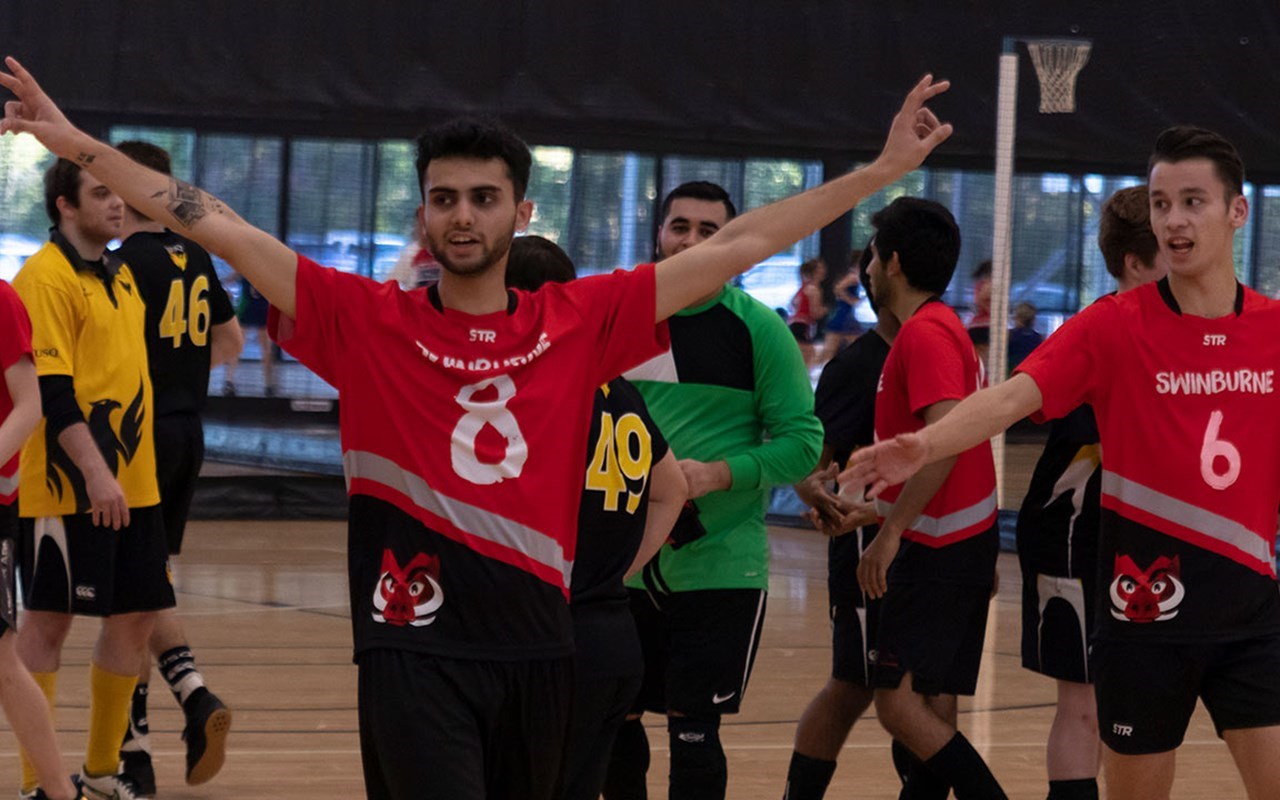 A Day of Victory Across the Board for the Razorbacks

The Futsal players were full of smiles with two high margin wins and the Netball team won their second match of Div 2 with a nail-biting victory. 3 out of 4 ain't bad. 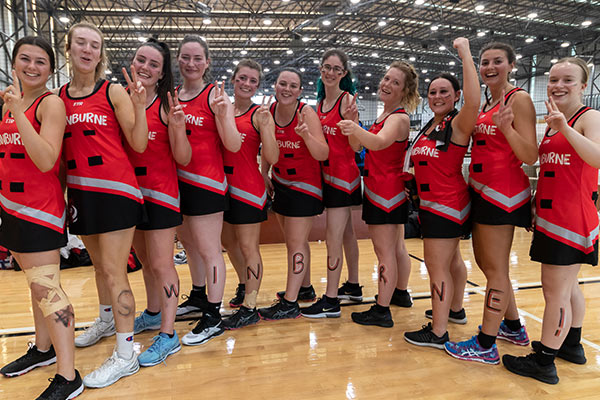 The Netball team faced a tough time in the first game of day 3 against Victoria University but the Razorbacks fought hard and stayed on the ball with fervour. Peggy, Swinburne’s University Team Captain, acted as the backbone as she worked both attack and defence. Despite losing the first match, they approached the second game like nothing had happened. Celia Hay shined in the front court by effortlessly receiving passes and getting them to swish through the net successively. The scores remained even at the start and the team fell behind by 4 points for some time. However, they came back in the second half and kept the tensions high for a last-minute nail-biting victory as the team erupted in cheers for their second win of Div 2. 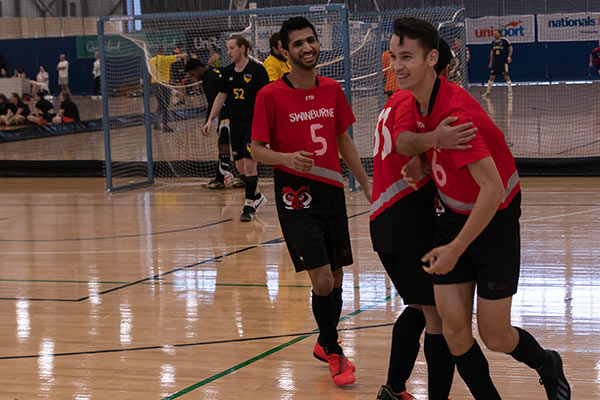 The Futsal boys went into their first match on day 3 with a fresh mind against Southern Cross University. Azan Alsheidi took the spotlight again with two goals and elegant footwork making the ball disappear into the net. The whole team moved fluently across the court to seal the victory with a 4-goal margin. The second game against the University of South Queensland was filled top performances from multiple players. Benjamin Lee started the game by scoring a brilliant goal in the first 3 mins which set the theme of the match. Goal, Goal and Goal! Muhammed Karimi, our goalkeeper, dove right and left to rack up numerous saves. Conceding only one goal, he walked of the court with 7-1 victory for the Razorbacks in hand and a high save percentage.